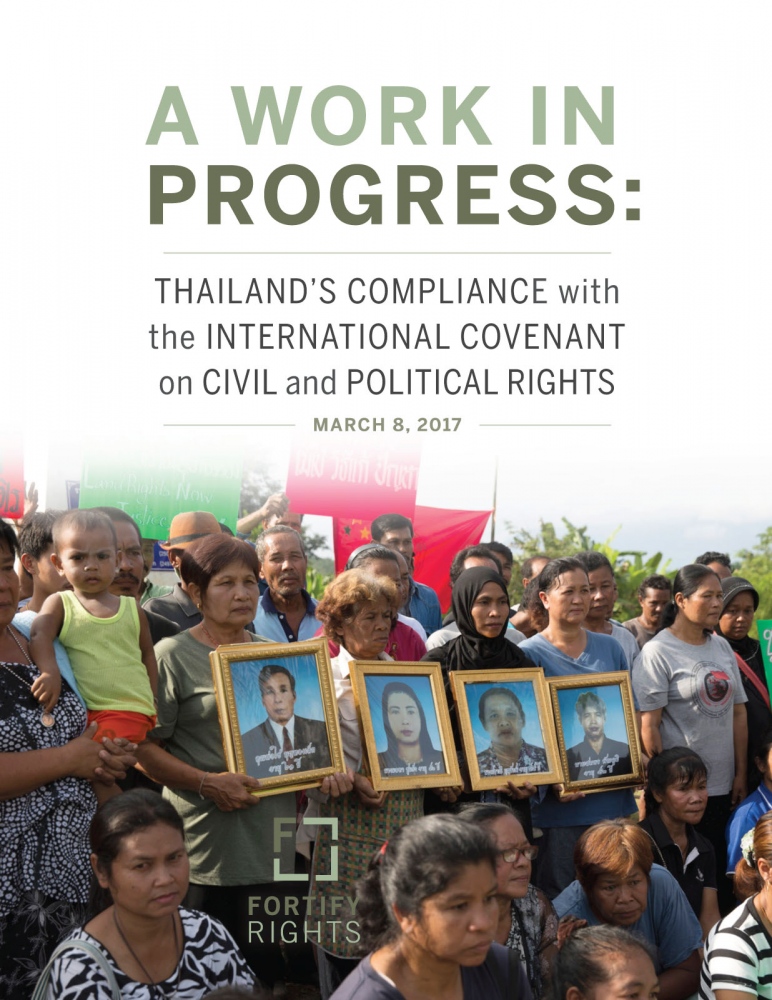 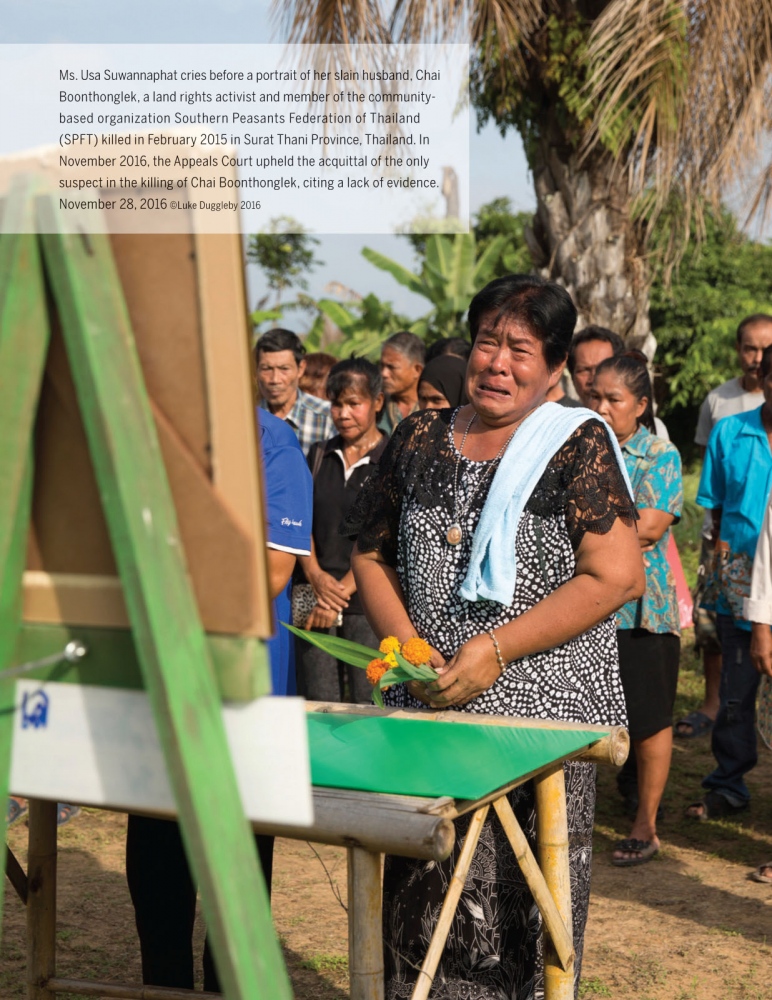 Always an honor to have an image gracing the cover of such an important publication by the human rights NGO Fortify Rights.

The cover image shows members of Southern Peasants Federation of Thailand (SPFT)"“a community-led group advocating for land rights for farmers in Surat Thani Province"mourn the death of four of its members. Mr. Somporn Pattanaphum, Ms. Montha Chukaew, Ms. Pranee Boonrak, and Mr. Chai Boonthonglek are believed to have been killed due to their activities with SPFT. November 28, 2016

The inside image shows Ms. Usa Suwannaphat crying before a portrait of her slain husband, Chai Boonthonglek, a land rights activist and member of the community- based organization Southern Peasants Federation of Thailand (SPFT) killed in February 2015 in Surat Thani Province, Thailand. In November 2016, the Appeals Court upheld the acquittal of the only suspect in the killing of Chai Boonthonglek, citing a lack of evidence. November 28, 2016

I have been working on a long-term project about this community over the course of several years and will be returning next week. If you'd ike to see more pictures you can visit http://www.lukeduggleby.com/a-village-under-sieg